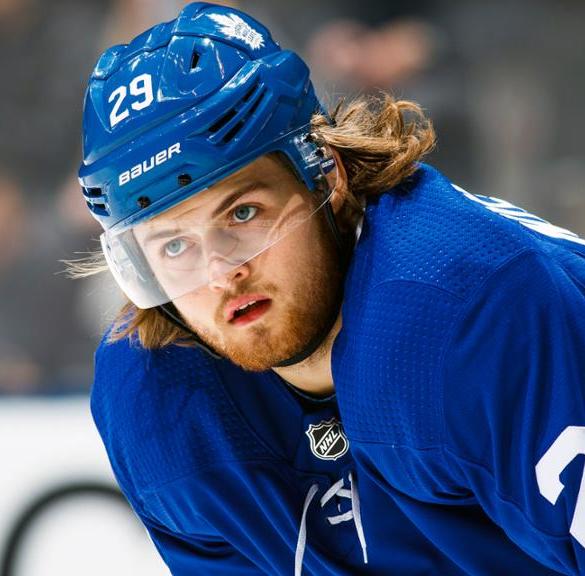 Since being drafted in 2014, William Nylander has amazed and dazzled fans during his one season with the Marlies and this year with the Maple Leafs. This is a player who is naturally gifted with slick hands and an underrated shot which was on showcase this past Saturday when he scored his first career NHL hat trick against the Boston Bruins. His hockey sense and creativity with the puck is matched by few in the NHL, which bodes well for his development into main piece in the Maple Leafs resurgence up the standings and into Stanley Cup contention.

William started the season on fire, earning him rookie of the month honors in October. He has continued to fly under the radar for rookie of the year honors, as he has kept pace with teammates Mitch Marner, Auston Matthews and Winnipeg Jets rookie Patrik Laine with minimal media coverage and fanfare.

With all these accolades and incredible start to the season why than has there been more talk in the media and on some blogs of him being trade? In an ever more competitive NHL, with teams all around the league looking for more scoring depth up and down their roster why on earth would the Maple Leafs try and trade him? The rumors go that for the Maple Leafs to trade for a top 4 defenseman that they would need to trade Nylander to complete any deal.

Where this doesn’t make sense is if the Maple Leafs trade Nylander for a defenseman than who replaces William’s skills set and scoring? I am a fan of Kasperi Kapanen and Brandan Leipsic two of the top Marlies this season, neither have the natural skill as Nylander, so in essence the Leafs would be creating a hole to fill another. The Maple Leafs have been seeking this scoring depth for years, they are no longer a one line team and it is the speed and depth that has given opposing teams fits.

I remain of the belief that the Maple Leafs never thought this team would be this competitive this quick, that said the Maple Leafs won’t be making rash decisions to fill their top defenseman need until the summer or closer to the expansion draft where teams will be moving players to get an asset back in return in a trade than risk losing a player for nothing at all.

It is in that market that the Leafs could keep Nylander and trade another winger like possibly van Riemsdyk to complete a trade to fill the need on defense. How scary would this roster look moving forward with Nyander, Marner and Matthews playing on the top two lines for Maple Leafs? Or with continued growth and familiarity on the power play, would you want to face a power play unit with any combination of those three?

Nylander has slowly and quietly has established himself a valuable piece of the new core of the Maple Leafs, one that will kill opposing teams with their creativity, speed and incredible knack for hitting the back of the net.

On a personal note, I have met Nylander on a couple of occasions and the way he carries himself with fans and patience he has to answer all questions was amazing. The pride in which he expresses in representing this fan base on the ice is amazing, and exhibits what it means to be a Maple Leaf. Something that has also been missing in other players who made their way to other teams.