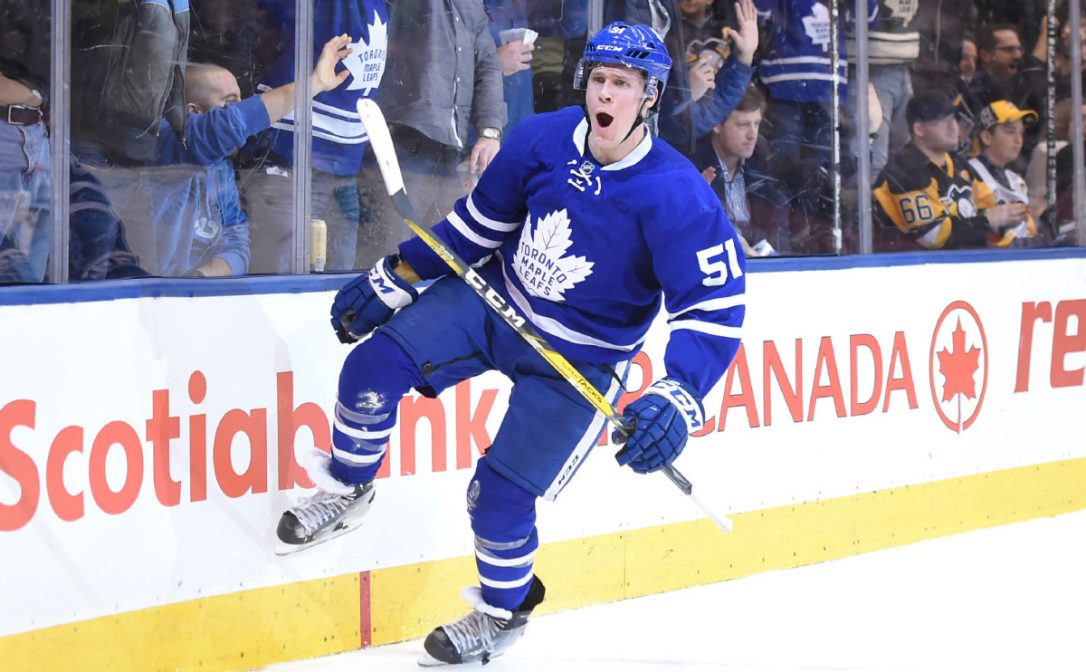 Ever since Jake Gardiner arrived in Toronto on February 9th, 2011, He has been a puzzle wrapped in an enigma. Gardiner can provide flashes of out of this world talent and speed as he skates up the ice with the puck leaving opposing players in his dust. On the other hand, he can force plays that aren’t there or completely look lost in the defensive zone as he continues to cough up the puck where unfortunately it always end up in the back of the Maple Leafs’ net.

This week’s game against the Columbus Bluejackets highlighted this Dr. Jekyll and Mr. Hyde quality in his game that continues to haunt Gardiner and continue to infuriate and confound anyone watching. Gardiner’s goal off a pass from Nylander was a shot not many in the league could get off, and was perfectly placed for the first goal of the game. I thought for myself, this could be a big game for Gardiner and this was just the start.

Then came the missteps, missed defensive coverage led to the first Bluejackets goal which shouldn’t continue to happen at this point in his career. It is these missed assignments in the defensive zone that are puzzling for their frequency even after being in the NHL for as long as Gardiner has been. Gardiner had taken huge strides last season where his game had started to round out and it appeared that Babcock was able to reigned in these mental lapses in Gardiner’s game. This season it has been a significant regression in Gardiner’s game that now it appears to be a flaw in his game, and coaching can no longer be held as an excuse any longer.

The other infuriating part of Gardiner’s game is how he pushes or forces plays that aren’t there. No better example then on the short-handed goal by the Bluejackets, where a soft pass to Nylander is picked off and taken up the ice for a goal by Seth Jones. An easier play would have been to dump the puck in the corners where the Maple Leafs had numbers or taken a couple of steps and tried for a shot on goal.

Gardiner is now looked upon as a veteran on the team and these mistakes can no longer be tolerated. Being surrounded by better coaching, and much better team the last couple of seasons you would think Gardiner would have elevated his game and he hasn’t. How many more chances can management and coaches continue to give to Gardiner?

Gardiner can’t be sitting comfortably either, The Maple Leafs have Travis Dermott and Timothy Liljegren set to join the Maple Leafs main roster in the next couple seasons, Gardiner could easily find himself on the outside looking in if he doesn’t improve. As the organization focuses on trying winning the Stanley Cup over the next couple of seasons, Gardiner will need to step up his game or he will be left behind/traded if these inconsistencies continue.

In the second half of this season, what version of Jake Gardiner will we see? This is a question for both player and coaching staff because for this team to remain competitive they will need all hands-on deck as the games get tighter and more challenging as every team makes their charge to the playoffs. Jake Gardiner’s progression the remainder of the season could be one of the many story lines that determine the success of the Maple Leafs this season.