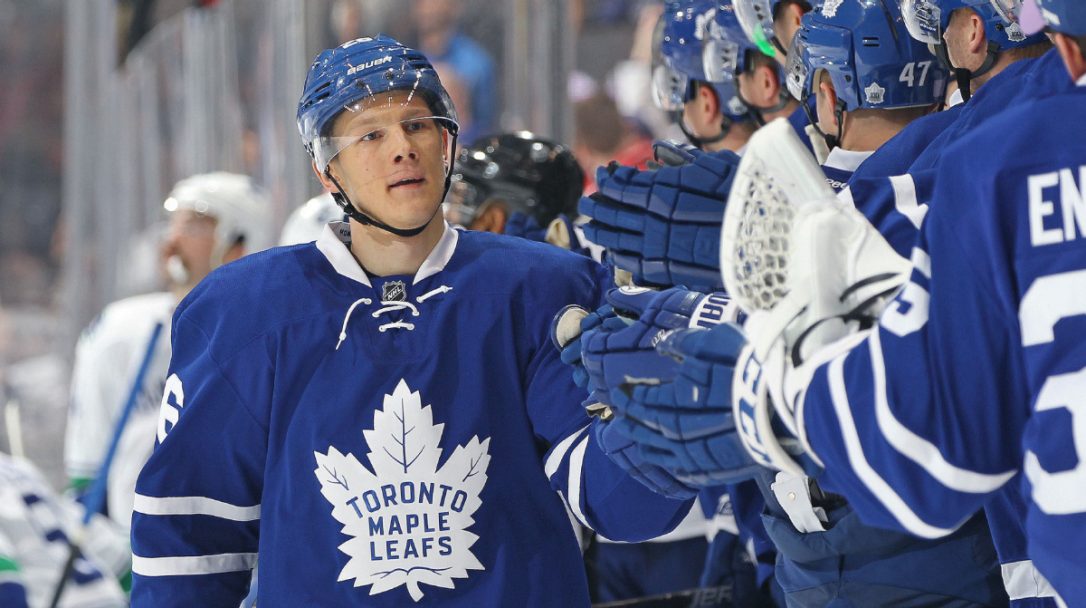 We have our first trade leading into this season’s NHL Trade Deadline as the Maple Leafs sent Nikita Soshnikov to the St. Louis Blues for a fourth-round pick on Thursday. The news was greeted with mix feelings as some would have like to have seen one of Leo Komarov, Josh Leivo and Matt Martin moved instead.

However trading Soshnikov always appeared to be the easiest move to make as he appeared to have garnered the most interest from opposing teams and with the wrinkle in his contract that permitted him to return to the KHL if he didn’t play regularly increasing the likelihood of this trade taking place.

With that said, I have always liked what Soshnikov brought to the Maple Leafs since signing in 2015, his tenacity and work ethic went unmatched. His potential on the offensive side of the puck is still yet to be fulfilled.  He has a deceptively good shot and has some speed to burn as well, in the right situation I am positive Soshnikov will flourish with the Blues. However, concussions and other injuries in the last year or so have impacted where he stood in the depth chart.

The Marlies now boast some of the best forwards in the AHL with Andreas Johnsson, Dmytro Timashov, Adam Brooks and Miro Aaltonen all pushing players like Soshnikov down the depth chart. In the case of Andreas Johnsson, his move to the Maple Leafs main roster coming as early as next season with the Maple Leafs looking to fill a roster spot currently filled by James van Riemsdyk, should the later not be resigned in the off-season.

This is not an indictment on Soshnikov but a realization that the organization is facing a roster crunch caused by organizational depth that is bursting at the seams with talented and intriguing young forward prospects. This trade also shaves even more cap dollars which provides the Maple Leafs just under $6 million dollars as leverage to make further moves.

As we get closer to the deadline, I would expect GM Lamoriello and his staff will be assessing the competitive landscape and seeing what might be available without setting back the team that has been one of the hottest in the NHL since late January. Rumors will continue at a feverish rate as the Maple Leafs inch closer to the February 26th trade deadline and anything can happen but I wouldn’t expect any real fireworks from the Maple Leafs until the summer.