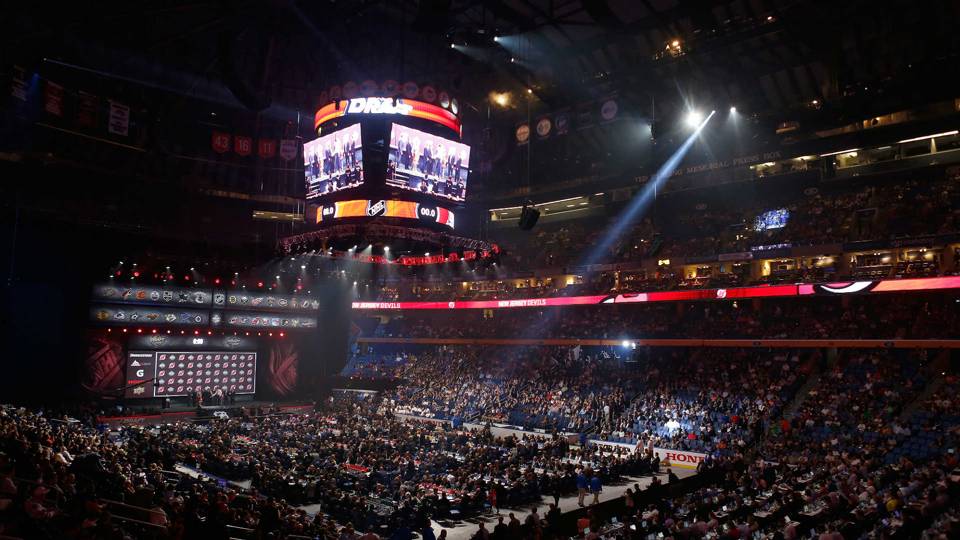 Here we go Leafs Nation, the NHL Draft is almost upon us!! The Maple Leafs are set to be major players at the draft as they work to reshape their roster after another early exit these past playoffs.

At this point where the Maple Leafs are in their development and contract commitments, no player they would select with the 25th pick would offer immediate help to push the roster to the next level. That brings me to thinking that the 25th pick is in play and could be used as part of a larger trade to acquire a top two defenceman this team so desperately needs.

So here is my bold prediction, Commissioner Gary Bettman will be walking up to the podium and saying “Everyone, I have a trade to announce; The Maple Leafs with their 25th overall pick, and… have acquired one of  Drew Doughty/Erik Karlsson/Dougie Hamilton.

I know I was a proponent of patience, but if the Maple Leafs have any aspirations to go from Stanley Cup contenders to Stanley Cup winners next season they need to make a big move now when they have assets and cap flexibility to complete such a transaction.

There wouldn’t be much of a sell to the fanbase as acquiring one of these three would most definitely check off a major need the Maple Leafs have currently on their roster. It would also put an early stamp on the Kyle Dubas era as the Maple Leafs General Manager.

For rookie GM Kyle Dubas, could there be an easier move to make and one that wouldn’t receive any negativity all the while stamping his name on this roster. How much easier would it be to sign Matthews and Marner when you have just made a huge trade to place this team right up there with the Tampa Bay Lightening/ Boston Bruins for Stanley Cup contention.

From a strictly Matthews’ perspective, wouldn’t this also heal any issues he may still have with coach Babcock/management if the rumors were true of his unhappiness after the Maple Leafs playoff exit?

The trickle-down effect of such a trade at the draft would be felt throughout the roster, from player to coach to management as all their jobs would become a hell of a lot easier heading into next season.

So as all the young players prepare for their names to be called and their introductions to be made on the NHL biggest stage, look for Kyle Dubas to make his introduction to the NHL and Maple Leafs lore by making one of the biggest trades the Toronto Maple Leafs have completed in recent memory.