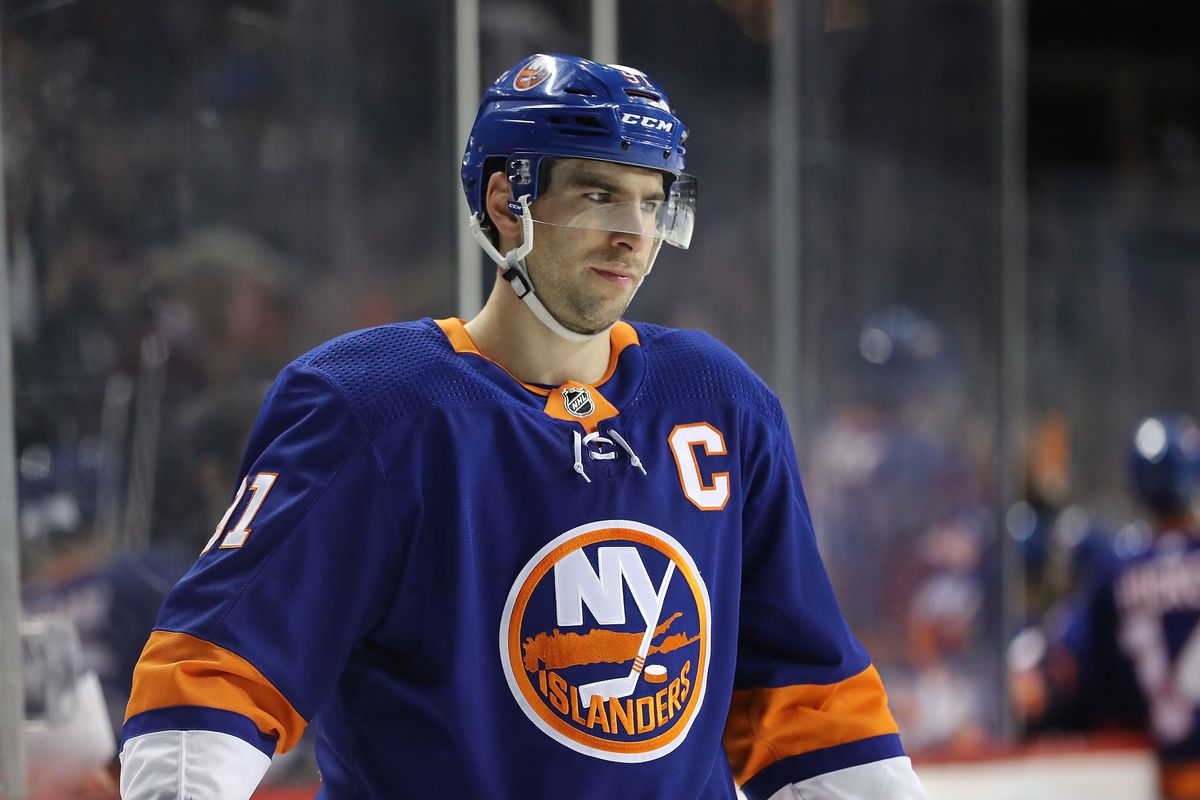 As July 1st edges closer, the Toronto Maple Leafs are forced to ask themselves a troubling question that has haunted the organization for some time. With the possibility of high quality defensemen becoming available, does Toronto try to find an elite partner for their current number-one defensemen Morgan Reilly, or do they continue to use their farm system and settle for low-risk, low-reward type players and use that extra cap space to bolster their offence?

With the demand on quality defencemen so high and the supply low, the price to pay for an “elite” defencemnen has risen exponentially over recent years. Surely this alters Toronto general manager Kyle Dubas’ mind on who the organization considers elite.

If the situation arises where such a defensemen is unavailable, the Leafs should lean towards a backup plan that would involve the signing of New York Islanders forwards John Tavares, who is set to become an unrestricted free agent (UFA) on July 1st.

Now, this isn’t a cap friendly deal as Tavares is an extremely talented player that has earned his right to be paid, and has sparked great interest throughout organizations in the league. But, the Maple Leafs have enough cap space to wedge out a one year deal, ultimately leaving the option for an extension open throughout the season.

Tavares is a skilled centremen, who has the ability to play 200 feet of hockey. He understands his defensive responsibilities all while continuing to be consistent offensively. This isn’t the fix to Toronto’s suspect defensive issues, but it does add depth to an already skilled forward group. Tavares would add experience to a maturing Maple Leafs roster and slots in nicely on the second line alongside Mitch Marner. This is not to say Tavares is second line caliber but we cannot forget about #34. This move would also add another weapon to the power play as Toronto is forced to part ways with James Van Riemsdyk, who had a terrific six year tenure with the Maple Leafs. JVR scored 11 goals with the man advantage last season, leaving a big void to be filled.

Due to salary cap restrictions and the obvious future resigning of Auston Matthews and Mitch Marner, Toronto would have to part ways with one of the big three. Unfortunately, William Nylander falls into this category as his versatility allows him to become the most expendable. Packaging Nylander with an early round draft pick may be enough to spark interest into moving an elite defencemen. Players such Drew Doughty or Erik Karlson become UFAs at the end of next season, making both players hot commodities for cup-contending teams. Justin Faulk is also in his second-last year of his contract. Faulk is a right handed denfencemen who has experience in the league and has learned the defensive side of the game very well. Not to mention, he has offensive upside and a cap friendly contract. A move like this could help edge Toronto in the right direction on both sides of the puck, ultimately leading them to a better chance at winning the Stanley Cup.