The Mitch Marner contract negotiations took a turn to crisis levels after Darren Dreger reported that Marner wouldn’t be putting pen to paper before Canada Day and could be visiting rival teams as of June 26th.

Truly this shouldn’t be a surprise, the seeds to this contract impasse started all the way back when the Marner camp stated they wouldn’t negotiate in season as to avoid any “distraction” throughout the season.

Then came the media rounds (contract negotiations via the media) Paul Marner was doing earlier this year, which touched on his displeasure of Mitch’s ice-time (finished 3rd in ice-time in his first two seasons), wanting the same attention and pay as Auston Matthews ( Matthews the winner of the Calder Trophy, tops all scorers in 5v5 goals), and finally how Mitch was overlooked for Captaincy considerations.

I have always argued that players have the right to negotiate the best contract possible, however I have little patience for not negotiating in good faith.

The Maple Leafs have always kept things under wraps, so to hear all these “leaks” being reported it points to one camp and one camp only. The Marner camp is laying the ground work for the best PR coup we have seen.

All the salary demands we are seeing reported, everything from $11 million plus, is all calculated to make Mitch look like a superstar once he signs. Mitch’s results of date don’t translate to a salary of between 20-40% above his closest comparables, Kucherov being the top end of that list. 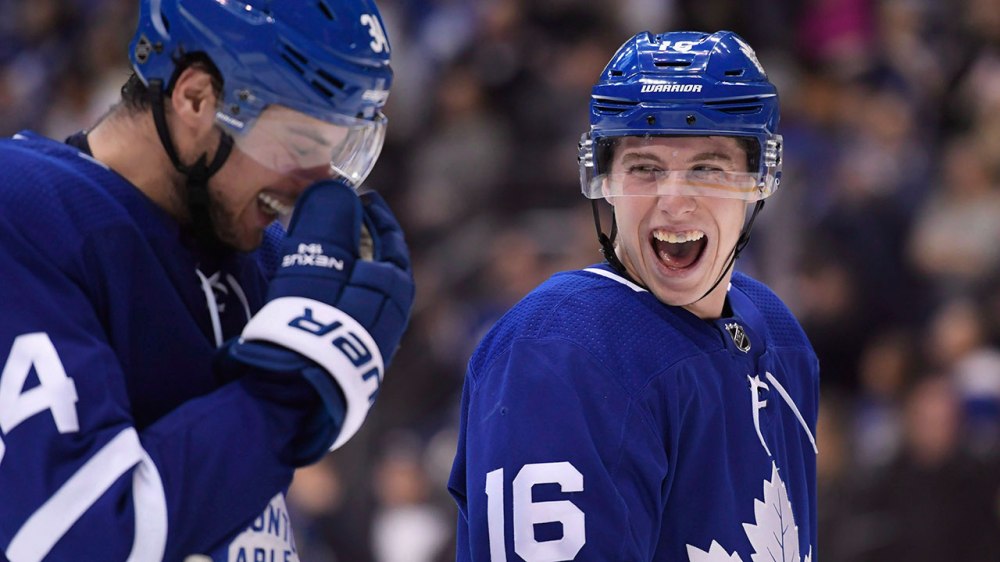 So why ask for so much, when we are probably looking at a salary closer to Kucherov? That is simple, it frames Mitch as the hometown boy “taking a discount” to stay home, a huge knock at teammates William Nylander and Auston Matthews. Who some in Leafs Nation perceive to have received contracts far greater than their performance.

Can you imagine how this story plays out in the media and among the fan base as Mitch “visits” with rival teams only to take a lower contract ($9.5-$10 million) to stay home. Isn’t that an amazing story, the hometown kid stays true to the blue and white.

That doesn’t fly with me, tossing teammates under the bus isn’t enduring and can cause obvious issues in the room. Things didn’t have to go this way, Paul Marner is the parent of an amazingly talented hockey player, who the fans and teammates adore. Yet, Paul walks with the chip on his shoulder and in one brush of poor decision making could be his son’s undoing.

The longer this saga goes, the worse things will get for Mitch no matter the outcome. Nylander was painted with the selfish brush all year, and Nylander nor his camp did any of what we are witnessing with Mitch. We are a vocal bunch in Leafs Nation, and we also have long memories, and this will tarnish Mitch’s time here if someone doesn’t take control of this process and conclude these negotiations with a contract everyone can agree on and is fair for both parties.

To turn this situation around, Mitch’s camp (father), needs to keep the negotiations to the boardroom, no more giving insider information to work up the fan base, no more making outlandish comments on the record in the media either. Stay quite, let management and Darren Ferris do their jobs.

If he can’t do that,  the Maple Leafs’ brass could play hardball as well and dig in their heals and if that doesn’t work, Mitch could find himself on a new team and one far away from the familiar Scotiabank Arena. I want to see Mitch sign his new deal as quickly as possible as I want him as part of the Maple Leafs for as long as possible, but what I don’t want is this circus sideshow we are seeing.

So can we all agree to get Mitch signed, find a deal fair for both sides and let’s all get back to talking about what is going to happen on the ice and not off it.

View all posts by Pat Lorusso