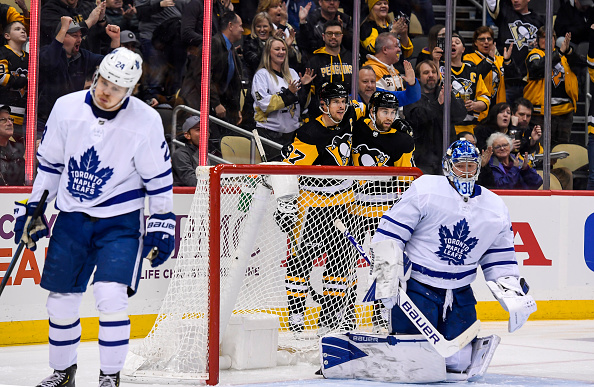 Last night was embarrassing. Nay, last night was about as bad as I’ve felt as a Maple Leafs fan since my father and I attended a game during the Randy Carlyle era. This was where we witnessed two men walk down our aisle in the lower bowl and throw their blue “Phaneuf” jerseys onto the ice midway through the second period.(Ironically enough, they were also playing Carolina that night.) The most embarrassing part was the fact that these men received congratulatory high fives as if what they had just done was somehow heroic.

Maybe it was, and maybe those two men were actually onto something as a few short years later, trades were made, people were fired and now, Toronto was supposed to be a real contender fighting for a chance to win the Stanley Cup. Fast forward to last night.

Has Toronto hit rock bottom? Not necessarily, but I think we as fans would be doing the organization a disservice if we weren’t mad/upset about what happened last night in their 6-3 shellacking by the Carolina Hurricanes. The inconsistency that has plagued Toronto all season has finally peaked, and it could not have come at a worse time. This team has been underwhelming, underperforming and flat out uninterested since the beginning of the year so should we as Maple Leaf fans really be all that surprised? Heck, this season as a whole could perfectly be summed up by the events that transpired last night.

Tyson Barrie, who is rumored to be on the move this deadline was dangerously hit from behind early in the first period by Hurricanes forward Andrei Svechnikov. Not only did Barrie get up, labouring and favouring his left shoulder but this dangerous hit caused a modern-day warfare between the two teams. I believe Tavares faced washed Svech into the boards just before the linesmen separated the two teams. It made me squeamish just to watch.

If that wasn’t bad enough, midway through the second period newly acquired forward Kyle Clifford was given a two-minute penalty for “charging” goalie Petr Mrazek. Gruesome play. I genuinely do hope that Mrazek is okay, but maybe next time, don’t skate out to the blue line like you’re a sweeper keeper. Mrazek was able to skate off the ice under his own power but was forced to leave the game.

Do you hear that? It’s the sound of Captain America entering the building. Sorry, I mean it’s the sound of 42-year-old David Ayres strapping up another goalies’ pads and coming in as an EBUG for the Hurricanes. Boy, what an experience. First ever NHL game against one of the most potent offences in the NHL. It sounds like a recipe for disaster, right?

Disaster it was, for Toronto. Ayres stood on his head, making a whopping 8 saves on 10 shots in about 30 minutes of NHL action. Not to diminish anything that Ayers accomplished last night, but 10 shots… really?

I think the most recognition should go to Carolina Head Coach Rod Brind’Amour, who easily could have waved the white flag and let the game flow until it ended. He lost two goalies and a top 4 defencemen and instead of giving up, he tightened up the system and Carolina impersonated the 1999 New Jersey Devils and became the best defensive team in the NHL. I tip my cap to you, Rod Brind’Amour.

Anyways, a loss is a loss and no matter which way we as fans spin it, Toronto played bad and deserved to lose. The biggest question is what are they supposed to do now with the trade deadline inching closer.

I think the answer is rather simple. Sell.

No, I don’t mean sell the entire roster and restart a full rebuild, that seriously makes no sense. What I mean by this is that Toronto has a handful of players who are more than capable of being sold for a rather high price i.e Tyson Barrie, Travis Dermott and one of (or both) Andreas Johnsson and Kasperi Kapanen.

If Toronto was able to acquire a top-four defenceman with term remaining on his contract for the likes of a package deal involving two or more of the aforementioned players, I’m all in.

Otherwise, sell both Barrie and Dermott at the deadline and try and acquire the most capital as possible, with aspirations to flip the assets for a better piece. Both of these guys are not game-changers for the Maple Leafs in any way and their production can be replaced as it already seems to be with the likes of Rasmus Sandin and Timothy Liljegren making their cases as full-time NHL defencemen.

This team is not built to win the Stanley Cup this season, so why pretend to be? Next season, Toronto has their returning core players and “superstars”, a healthy Morgan Reilly, hopefully, a resigned Jake Muzzin and a legitimate backup goalie. Mistakes were made this season but truthfully, this has to be considered one of Toronto’s most unlucky seasons in franchise history. Move on, things WILL get better. 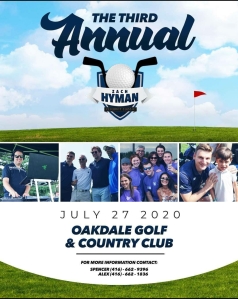 One thought on “Toronto Maple Leafs: So, about last night.”