What a season Leafs Nation, There may never be a season like this one ever again. We saw a coaching change, global pandemic and a 24 team playoff format with a play in round. My head is still spinning from all of this and that doesn’t even get to Sunday’s loss. Emotions and more significantly frustrations are running wild.

A season which was supposed to hold more promise than previous seasons, flamed out in a very Maple Leaf way. The roller coaster of emotions from game four’s overtime comeback win to a completely flat and lackluster performance in game 5 which saw them shut out, really epitomized what the 2019-220 season was like all season.

This whole season a team with so much talent and promise, provided more off nights and no real sustained amount of success that you see in every other cup contender. The most obvious low point came when the Maple Leafs lost to the Carolina Hurricanes with an emergency back-up goalie in net by the name of David Ayers.

On some nights the team looked disinterested then on others they showed glimmers of what could be if they ever put their collective game together and upped their compete level for a long stretch.

The only real bright spots came from career years from Auston Matthews and William Nylander, and the acquisition of Jack Campbell in the back-up goalie role. Matthews was on a path to at the very least tie Rick Vaive’s franchise goal record of 54 goals in one season, Matthews finishing with 47 when the season was shut down due to Covid at the 70th game mark. William Nylander had a breakout year with his 31 goals (career best) and 59 points after 68 games played.

There are so many players who under performed or who left much on the table in both the regular season and in the play-in round. Mitch Marner, after asking for Matthews’ money and prolonged contract negotiation which included a potential offer sheet from a rival club didn’t play to the value of his contract. The second highest paid winger in the NHL finished 19th in scoring, and had only 4 assists in the series with the Blue Jackets after playing on a super line with Captain John Tavares and Auston Matthews.

Frederik Andersen also had some challenges all season, and even though he had by most indications a successful playoffs stats wise it was the weak goals that put the team back on its heels against a very stringent Blue Jackets team. The second goal in game 5 is the epitome of a goal that simply can’t go in with your team’s playoff on the line.

Tyson Barrie and Alex Kerfoot, the two key off season acquisitions by GM Dubas in the summer fell flat after being acquired in a trade for fan favorite Nazem Kadri. At the time, we all expected the trade to happen after Kadri was suspended for a second time in last spring’s playoffs. But lack of results by Barrie and Kerfoot made the trade a constant story-line among fans and media alike all season. Things seemed to have snowballed from there and the season never really took shape as everyone thought.

So here we are after another disappointing season with plenty of question marks heading into next season after the announcement of a flat cap due to the shutdown.

I expect big changes to occur, we will be covering that in our upcoming podcast so be sure to catch that when it is released.

But I can’t see the same roster starting next year, with the likely departures of Cody Ceci, Tyson Barrie, and possibly a mix of Marner, Nylander, Johnsson and Kapanen in the off season ahead. I stated in my season preview that there is always something happening in Leafs Nation and I don’t expect anything less as we near the postseason.

Thank you again for following us and for a great year of conversations, lively debates and support of Centre of Leafs. Please give us a follow on Twitter as we will be making a major announcement and launching a contest shortly! 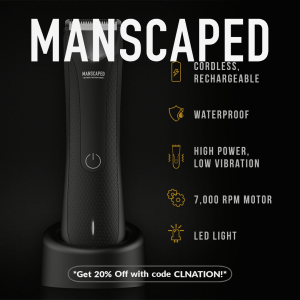